That is the one word that sums it all up. Anticipation of that warm sunny Sunday. Anticipation of National anthem with it's fly over and prayer. Anticipation of the starting of the engines. Anticipation of the pace laps that lead us to the green flag. The building of sound as it waves in the air. Louder and louder it grows as they build speed. As they reach turn one they start to spread! 3 wide! No 4! They are going to try 5!  The crowd gasps as some are forced to lift. They make it through. On to the back stretch they go, still building speed not yet to full power. Bumper to bumper they push one and other to the point of no return. Into turn 3 they head as they spread out once again. There is smoke as they reach the turn!!!! IS THIS THE BIG ONE!!!

The anticipation of it all. Isn't it enough to make you lose you your mind? I know it is for me. What is your biggest anticipation? 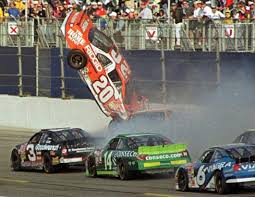 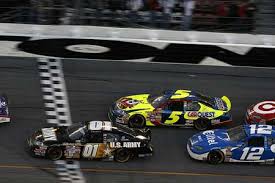 Comment by crash on February 3, 2011 at 9:50pm
One more week, then the Shoot Out...new track, Saturday night, under the lights....it doesn't get any better than this...'till the Duels and then...The Race...been a long cold winter, racing dry spell almost over...WOOOHOOOOO!!!