Martin Truex Jr. will start from the rear in Sunday’s Cup race at Auto Club Speedway after his No. 19 Toyota failed pre-qualifying inspection three times Saturday.

Truex had his car chief, Blake Harris, ejected and he will lose 30… NASCAR officials issued L1-level penalties to three Cup Series teams Saturday after the nose of each car did not meet specifications in prerace inspection at Las Vegas Motor Speedway.

The teams and drivers affected are: Persistent rain on Saturday canceled Cup series qualifying, and since its only the second race of the 2020 season, the starting lineup for Sunday’s Pennzoil 400 is set primarily by 2019 owner points. Busch wasted no time taking the lead in Friday night’s Strat 200 and dominated the race, leading seven times for 108 of 134 laps on his way to the victory at Las Vegas Motor Speedway.

Busch has now won the last seven Truck races he’s entered dating back to the 2018 season. The win was the 57th of his… Ross Chastain to sub for Newman at Las Vegas Newman, 42, was injured in a last-lap accident while leading Monday’s Daytona 500 at Daytona International Speedway and earlier Wednesday was released from Halifax Medical Center in Daytona Beach, Fla.

Currently there is no timetable for Newman’s return. RFR said additional updates will be provided as they become… 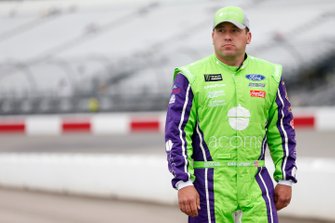 Hamlin led on the restart to the second overtime and the battle on the final lap ended up involving Newman, Ryan Blaney and Hamlin.

Blaney got into Newman, sending him into the wall and into the car and his car was then hit again by Corey LaJoie. Meanwhile, Hamlin drag-raced with Blaney to the finish with Hamlin… Stenhouse, who went out 18th of the 42 cars who attempted to qualify, posted a blistering lap of 194.582 mph which held up the rest of the session to give him the pole for Sunday’s Daytona 500.

It’s only the third career pole for Stenhouse, whose most recent came in the 2017 season. It’s also just the third for… NASCAR announced a series of leadership promotions Thursday, including one for Ben Kennedy.

He will continue to report to Steve O’Donnell, executive vice president and chief racing development office. Kennedy will oversee… Starting with the class of 2021, the NASCAR Hall of Fame will reduce the number of people it inducts each year and change how nominees are considered, NASCAR announced Wednesday

The number of inductees will be reduced from five to three. Potential nominees will be split into two ballots – one for contemporary stars and one for the sport’s… Ryan Truex is set to makes six starts in the Gander RV & Outdoors Trucks Series in 2020 with Niece Motorsports, the team announced Tuesday.

Truex, the younger brother of …